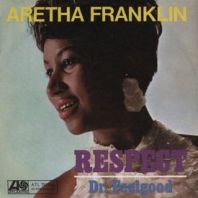 When Aretha Franklin died a little over a month ago, “Respect” was the song most often mentioned and for a good reason.  Not only was it a great song, but the message is important.  We all need respect, and we need to give it as well.  Respect is the basis of many school libraries’ rules including: Respect yourself, respect others, respect the library.  It is fundamental to building relationships. You can’t be a leader if you don’t feel respected, and you can’t be a leader if you don’t respect others.

As I read posts by librarians on Facebook and other places, I am concerned to learn that many of you do not feel respected.  This can’t help but have an effect on how you feel about your job and how you do it. So not only do you pay a cost but so do your students and teachers.

An article by Leah Fessler entitled “There Are Two Kinds of Respect: Lack One and You’ll Hate Your Job,” gave me a whole new perspective on the issue.  Fessler cites a research study by Christine Porath stating that respect “was more important to employees than recognition and appreciation.” Fessler then goes on to write there is “Owed Respect” and “Earned Respect.”

According to Fessler, Owed Respect “is accorded equally to all members of a workgroup or an organization; it meets the universal need to feel included.”  We have all (hopefully) had principals who communicated this type of respect to the whole staff—and had a principal who did the opposite. In reflection, you can see how this affected the whole school climate.

I had one elementary principal who saw himself as the expert in all things.  He always knew more about what teachers were teaching than they did.  He even tampered with the clock controlling the bells. As a result, there was a subtle conspiracy as the teachers did not give their best and were united against the principal.  While the comradery among the teachers was good, it was there for a negative purpose which was ultimately negative for the school.

By contrast, in the same school under a new principal, everything changed.  He would go into a room, notice a situation, and say to a teacher, “I know you aren’t feeling well.  Go to the cafeteria and get some tea and relax, I’ll cover your class.”  When he needed a favor even if it was outside the contract, such as giving up a duty-free period, teachers willingly did so. With the same teachers, the school climate was completely different.

What some of you are experiencing is a lack of Owed Respect from the administration even where you see teachers getting it.  Even worse is when teachers don’t respect what you do making you feel isolated and resentful. That’s not healthy for you nor good for your program. Understanding Earned Respect is a possible way to alter the situation.

Earned Respect is the recognition you get for going above and beyond.  Those of you feeling lack of respect are likely trying to do more than is required of you only to have it go unnoticed. In some ways, that is worse than not getting Owed Respect. Somehow you need to change how you communicate with teachers and administrators about what you are doing and the impact this has on the school as a whole.

Earlier this year I did a blog on Can You Hear Me Now?  and followed it the next week with More Ways to Be Heard. Polishing your communication skills can help when you are striving to receive owed respect.  Another way can be to find some bigger ways to show your worth.  AASL and your state library association have many awards.  Apply for one (or more).  Winning these will get you recognition.  It’s easier to stay on principal’s and teachers’ radar once you have gotten there.

Oddly enough, another way to get both Owed Respect and Earned Respect is to give it. This is frequently the best place to start. Teachers don’t feel they get either type of respect. Show it to them, and you are likely to get it back. Let them know you see the job they do, the contribution they make. And when they go above and beyond, send a note, handwritten is best, to show how they have earned your respect.

Always remember your administrators.  They are harried, too, and often feel their efforts are minimized or unappreciated by others.  Honest, specific acknowledgments will improve the climate that exists between you. Keep it simple, though and don’t overdo. It will sound like brown-nosing. If it feels genuine to you, it will to them as well.

Then there are your students.  When you don’t feel respected, it could be that you are neglecting them.  All your students deserve Owed Respect and you will do a great deal for their self-esteem by showing them Earned Respect.

By becoming aware of the two types of respect and how they impact the workplace, you might be the one to change the climate and find an increased flow of respect coming your way.  As Arthea sang, “Find out what it means to me!”