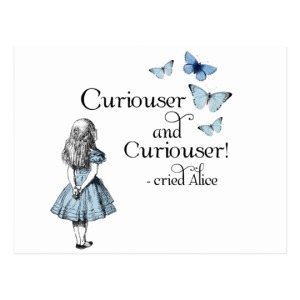 There used to be a commercial that had the tag line, “Inquiring minds want to know.” That mindset is what we want to instill in our students.  It is also one that is essential to a leader. In following the rabbit, Alice discovers a new world and a lot about herself. You never know what you will find if you go down that rabbit hole.  How can you develop a vision and take your school library to new heights if you are not seeking out new possibilities? Leaders are lifelong learners, and so are librarians.

What stimulates your curiosity?  Is it related to a hobby you have?  Do games engage your attention? As school librarians, we are constantly helping students search for information on a subject of academic or personal interest.  Do you ever continue to explore it even after the student leaves because you were still curious?

The nature of our profession requires us to be connectors.  We are constantly connecting people with information, but we also connect one piece of information to another.  That is how new knowledge is created.  When we follow the rabbit, we find ideas that can add greater dimensions to our program.

One way to stimulate your curiosity is to read outside school librarianship. I keep an eye on what is 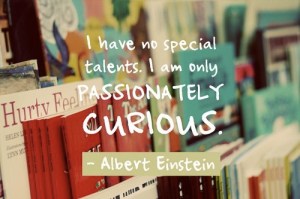 happening in technology and what administrators are focusing on. In addition, I look frequently to what the business world is doing.  Their purpose and goals are not necessarily the same as ours, but there are enough commonalities to see how their ideas can make us and our programs more effective.

A case in point is a post from Stephanie Vozza on 8 Habits of Curious People. She suggests that being single answer driven results in our being trained out of curiosity. How can we re-ignite the curiosity we had as young children?  Here is Vozza’s list of habits along with my usual comments.

I challenge you to find one new idea outside librarianship that excites your curiosity.  Follow the rabbit.  Then create a plan for bringing your idea into your program.  It’s what leaders do. 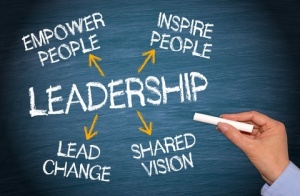 If you saw the title and thought “Hilda’s writing about being a leader again” my response is – absolutely. I will likely never stop. I honestly believe every one of you is a leader.  You just may not be revealing it to yourself and others. It’s time to let your leader out for the sake of our students, teachers, and our profession. And just as you must continue to discover, practice, and improve your leadership skills, I must cheer you on, providing as much assistance as I can. I hope as this school year gets underway you challenge yourself to engage in one demonstration of your leadership.

The Vision of AASL speaks to what I have been saying for many years, “Every school librarian is a leader; every learner has a school librarian.”  The only way we are going to stop losing school librarians is by being valuable leaders in our school communities.  Those of you who are leaders have two tasks: become even more visible as leaders and help the school librarians in your district and state to become leaders.

A Google search yields scores of definitions of what a leader is, but the one I like best is from

Vocabulary.com: “A leader is the one in the charge, the person who convinces other people to follow. A great leader inspires confidence in other people and moves them to action.”  You are leading when you work with your students and engage them.  You are being a great leader when they feel they can really do what at first seemed like an overwhelming task.

The same skills can apply in your dealings with others.  Joel Garfinkle, writing for the business world, identifies and explains 8 Traits of Great Leaders. Many of these you are using with your students. It’s why your lessons work.  The next step is to think of how you can use these traits in throughout your school and beyond.

As the subtitle of my most recent book for ALA Editions, Leading for School Librarians says, — There Is No Other Option.  Take on making the AASL Vision a reality by performing as a leader.

No matter who or how you are, at some point someone is going to get angry with you.  How you respond is a demonstration of your leadership skills. Your ability to manage the situation will affect your relationships and possibly your reputation. The “attack” can come from any direction –a teacher, and administrator, a student.  There are basic strategies to deal with all of them as well as some specifics. Knowing these in advance will help you through a stressful situation and potentially result in a positive outcome.

When someone comes to you angry at something you supposedly did, pause before responding.  Let the other party fully express themselves. That is likely what they most want. To be heard.  As they talk, take time to breathe.  Depending on your personality, your natural response will be to attack or defend and neither is a good solution. It will only escalate the confrontation.

My favorite example of diffusing a nasty interchange occurred when I had started a new position as the high school librarian in the early days of automation. A teacher stormed into the library and began haranguing my clerk.  I stepped in immediately and asked the teacher to come into my office.

The tirade slowly ended. In between the “how dare you,” and “you had no right to,” was the core of the 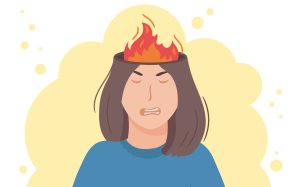 complaint which stemmed from a system the previous librarian created. My first thought was, “I just got here. It’s not my fault.”  Rather than engage that way, I let her know I would fix the problem as soon as possible.  I also consciously relaxed my body during the conversation. This added to my personal sense of calm and allowed me to stay focused on the teacher’s concern.   By dealing with the message rather than the method of delivery, I was able to calm her and fixed the situation. Ultimately, the teacher became one of my strongest supporters.

On another occasion, the confrontation wasn’t loud, but it was challenging.  In the late ’90s was the leader for the district librarian and was meeting with the assistant superintendent who began by stating my repeated requests to flexibly schedule elementary librarians was ludicrous. He had observed one lesson where the librarian used a filmstrip on how a book is made starting with a tree.  He felt a classroom teacher could have done the same, and it was a waste of valuable time.

Once again, the person on the attack had a point.  I agreed it was an unfortunate lesson, and my agreement took the wind out of his sails.  He was prepared for an argument.  I said it showed we needed proper professional development opportunities so we could deliver the program students needed.   I earned his respect for that one. 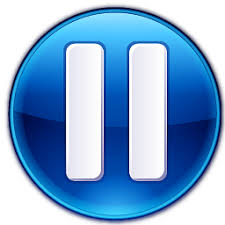 My recipe for managing confrontations:

Anne Rubin authored a post on The Principal’s Guide to Angry Parents which contains good advice for librarians as well.  Her recommendations are similar to my own.

Most people don’t enjoy confrontations, but we all get caught up in them. The only thing you can control in this situation is you so the more tools you have, the better. Look to understand what is fueling the other person and how to tone down the rhetoric.  People will come to realize that you know how to manage these stressful interchanges.  It makes you more trustworthy and demonstrates your leadership ability.

The school year has just begun, but do you already feel as though you’re behind? Our job can easily be overwhelming. Every school librarian I know wrestles with time management. It affects you and how you do your job. It can be what stops us from introducing a new program, starting a project, or stepping into leadership positions in our state library association. How can we possibly fit it into our schedule?

The fact is, we can’t.  There is no room.  As I blogged in Making the Most of Your Time, there are only twenty-four hours in a day. No one gets more (I’ve asked).  If you want to add a new task, you first must discard one.

When I’m in this situation, I base my decisions on my purpose (or mission) and my priorities.  What will

I achieve by adding something to my list?  Is it worth it?  Do I really want to do it?  Why or why not?  Once I determine the new task will move me forward in a direction I want to go, I have to look at what I am already doing and decide what I want to drop. This is typically harder.  Everything that’s on my list needs doing. The first thing I do is see if anything is almost done and if I can speed up the work to complete it. Sometimes I can get a partner and minimize my contribution.  The process isn’t easy, but it’s do-able.

You have all read numerous suggestions on how to manage your time better.  Variations on to-do lists are common.  I use one and can’t function without it. The blog post I did has thirteen ways to become more efficient with your available time.  They are all good suggestions, but in some ways, I wonder if they may have added to your stress about time.

Elizabeth Grace Saunders suggests you may have been setting yourself up to fail. She offers 5 Lies You Have Been Told About Time Management. She offers a worthwhile – and calming—perspective on the topic. The five lies she identifies are: 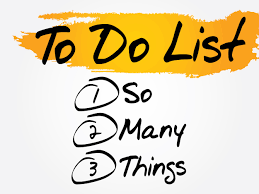 1.     If You Were Better at Time Management You Could Do It All – No, you couldn’t. If you actually tried to fit everything in, you would be in constant motion.  It’s unrealistic.  Thinking “doing it all” is an achievable goal only makes you feel you are not as organized or capable as other people.  I sometimes forget this.  I look at colleagues who are getting so much done and think I have no time for all that.  True, I don’t.  But they don’t have time for all that I am doing.  It’s back to making the decision about what is really important to you.

It’s never a bad time to discover the time management techniques that work best for you and begin implementing them. Talk to people who you think do this well. Ask if they have recommendations. Then as you feel more confident, choose a project or job that will move you further into leadership – and practice your new skills by deciding what you can postpone, delegate, or drop.  You’ll be giving yourself the time to shine