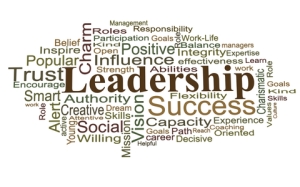 The list of leadership qualities seems to be always growing. Listening to librarians as they discuss how they cope with the demands of their job as well as the constant need to show their value, it seemed time to add some more.  For us as school librarians, perseverance, persistence, and resilience are particularly necessary qualities of leadership. We have a seemingly never-ending challenge to prove our worth along with that of the school library and the programs we create.

According to Merriam-Webster, Perseverance is “continued effort to do or achieve something despite difficulties, failure, or opposition.” It’s almost a definition of the school librarian’s world. Every day, we strive to connect with teachers and the administration to demonstrate to them how we increase student achievement, transform learning, and prepare students to be the lifelong learners necessary for success in an ever-changing world.

Given teachers’ highly stressed workday, it is a continuous challenge to get them to give you the opportunity to prove your worth. Yet, you persevere.  If you are or want to be a leader, you believe that you will ultimately achieve your goals, accepting it likely that it will be a process of two steps forward and one step back. 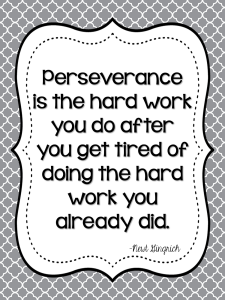 In a brief article, Terry Magelakis explains the difference between Perseverance and Persistence.  He sees Persistence as the choice to continue doing something despite the difficulties in achieving the goal. Although this sounds close to the Merriam-Webster definition of Perseverance, Magelakis, emphasizes the idea that Persistence is about the choice. By contrast, he says Perseverance is” the continuation of commitment through action in spite of the lack of success.”  To persevere you need stamina and endurance – and so many of you have just that.  I love his statement that “perseverance is the hard work you do after you get tired of doing the hard work you already did.”

But what if you see no path to making the needed changes in your school and/or district? While I always write about leadership and the successes that have been achieved, that isn’t the whole picture.  The fact is success is a goal not a given. And sometimes it is unattainable where you are.  It is why I blogged a few weeks ago about when It’s Time to Move On.

However, before hauling out your resumé, remember that Perseverance does require a continuous effort to achieve your goal. If you slowly see improvements, persevere. Learn from what doesn’t work and try a different approach. After all, repeating the same action in hope of a different result is a definition of insanity. Make a realistic assessment of what is possible and decide your next course of action.

Persistence, which as noted, is very close to Perseverance, is an interesting term.  I had a highly

strategic superintendent who led a school district that voted down budgets regularly.  She had learned to make it work as best she could with a stratagem I suspect is used by many administrators.

After approving one of my requests, she told me when someone came to her asking for something requiring funding, her immediate answer was “No.”  According to her, they would go away, and she no longer had to deal with it. I, on the other hand, frequently got a positive answer because I kept coming back with alternatives.

My behavior told her that I was serious about my request.  I was creative, and I probably was not going away.  This made her confident that I would use the funds wisely and the students and staff would benefit.

Some think Persistence carries the connotation of being stubborn. This should send up a red flag.  Be careful how your behavior might be perceived.  Stubborn people don’t listen to others’ ideas, believing their solution or approach is the only possible way.  Review how you are presenting your ideas.  Check with a trusted colleague to see if you are sounding stubborn.  If so, revise your message. 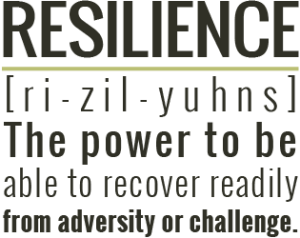 Resilience refers to your ability to bounce back from a setback.   Sometimes one of your ideas doesn’t pay off.  You want to go and hide and hope everyone forgets – or doesn’t notice. Nobody likes to get it wrong.

We try to teach students that failing is a part of learning, but we don’t react that way when we are the ones who failed in some ways.  If you always get it right, you haven’t reached high enough.  Leaders will and do make mistakes. It’s what you do next that makes all the difference.

Yes, you can have a pity party, but don’t stay there too long.  Take a close look at what happened. Was the whole thing a disaster or was there any part of your project/idea that worked?  Any of it salvageable? What went wrong? Was it a matter of timing? Did you count on the wrong people?

In your analysis avoid going to negative or positive extremes.   Honesty is vital if you are going to learn from your mistakes. You will be a better leader as a result.