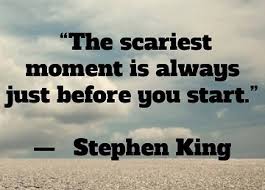 The title of this blog on the fiction writing portion of my life refers both it being my first post on the subject and to the subject itself – How my career as an author came into being and what I learned along the way.

You may know I have been writing for school librarians since 1979, and some of you know Woven through Time, my YA fantasy, came out in 2013 and then was re-released by my new publisher Mundania earlier this year. What you don’t know is that since I was in grade school I have wanted to write a novel. I know many of you have nursed the same desire, and I want to let you know your dream can become a reality if you really want to make it happen. 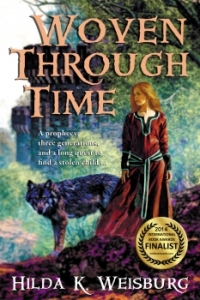 For so many years, life got in the way of my sitting down to tell a story, at least that’s what I told myself.  The truth is, I let it slip into the dim recesses of my brain.  I convinced myself it was an unrealistic childhood fantasy. I didn’t have the talent or skill set to write creatively.  My writing was about process, things I knew and wanted to share with colleagues.  Fortunately, my daughter didn’t buy those stories I told myself, and when I retired and could go to a week-long program of writing workshops put on by the International Women’s Writing Guild, she encouraged me to join her.  I did and Woven through Time was the result.

It began easily enough.  I chose a five-day workshop on novel writing and we got started on it immediately.  Surrounded by a class-full of women all ready to write, I found I did have an idea I wanted to develop.  I was going to write a fantasy about three generations of women beginning when the first was in her teens and going through her life until her granddaughter reached her teens.  I would be looking at three stages of a woman’s life –maiden, mother, crone ­– and so Sava, Aimah, and Nara were born.

I didn’t know that my passions and strong beliefs would emerge without my focusing on them.  All I wanted to do was tell a good story.  The “woven” in the title referred to the abilities all three women had in weaving beautiful cloth that predicted the future. 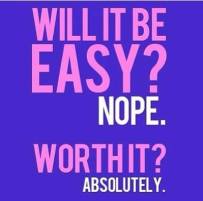 It took a while before I realized “woven” also refers to the threads that give meaning to the life. One of the strongest threads in my life is the passion I have for family. For me it has been an unconditional bond that remains true throughout the years. A second thread is the vital role honorable men play in protecting and supporting those they love. Another is the power women have when they are joined in a common purpose.  A related one is the importance of female friends in a woman’s life.  I came to this last one late in my own life, and Sava is amazed when she discovers it for herself.

There are more clues to my life buried within the story. Some I probably haven’t found yet. The book certainly isn’t a memoir, yet I discovered that once I started writing, what came to the page told the important parts of my journey through life.